Concealed door hinges are setting the trend. Even though demands on functionality are growing, the hardware technology needs to be as invisible as possible from the outside. As on complex commercial property doors, for instance: beyond the standard, these involve large-surface door panels, automatic drive systems as well as safety aspects in relation to emergency escape, fire and smoke. All of this broadens the bandwidth of door weights. Modern door hinges cater to this wide range of load-bearing capacities.

Developing the „Pivota DX“ product range, East Westphalian manufacturer Basys – Bartels Systembeschläge provides an all-embracing product line-up. With load-bearing capacities of 40 to 350 kilograms per pair, it covers the entire door spectrum from the simple domestic door to the highly complex commercial property door. This is not only where the actual door leaf weights play a part but also overdimensional sizes, loads from accessories, such as door closers and drives, as well as reliable lasting performance, demonstrated by door panels not dropping.

The choice of material provides the basis for creating a range of concealed hinges for all door weights. Basys only uses steel, stainless steel and aluminium and, depending on the load-bearing capacity demanded, balances the use of these materials in hybrid technology: the higher the weight of the door, the higher the share of steel components used.

The „Pivota DXE 100 3-D“ is a solid stainless-steel door hinge for load-bearing capacities of up to 120 kilograms. After all, the „Pivota DXS 300 3-D“ is classified as a heavy-duty load carrier within the product range: it is capable of supporting 350 kilograms per pair and made entirely of steel. This gives the hinge an RC4 break-in resistance class. With an increasing share of steel, the hinges are also recommended for smoke and fire protection.

Door manufacturers benefit on no less than two counts when they use „Pivota DX“ door hinges: thanks to hybrid technology, each „Pivota DX“ model comes with a different load-bearing capacity, yet all models within a group share the same dimensions and are based on only one milling pattern – a detail the manufacturer says is found nowhere else on the market.

Exclusively developed and patented by Basys, the design principle forms the heart of the „Pivota DX“ hinge range. A symmetric four-knuckle joint evenly transfers the forces from the door leaf into the frame. It is connected to the hinge elements by pistons which support the hinge transversally. They channel the opening and closing forces in circular fashion in all directions. This principle gives doors a smooth mechanical action. It reliably takes up door-leaf weights and, together with the solid material used, provides a high level of stability – even in conjunction with extreme weights and frequent use. CE certificates verify long-term, maintenance-free operation both in terms of supporting door weight as well as smooth opening and closing movement.

Trendy look and highly complex functionality need not be mutually exclusive. Careful selection of materials and a perfected design principle ensure that the working components remain hidden from view even where widely ranging demands are placed on performance and security – with positive side effects for door manufacturers, contract fitters and architects. 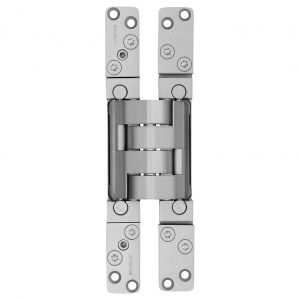 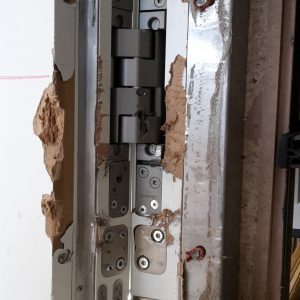 Photo 2: The "Pivota DXS 300 3-D" is capable of supporting 350 kilograms per pair and made entirely of steel. This gives the hinge an RC4 break-in resistance class. The picture shows the hinge after passing the break-in test. Photo: Huber Form Schreinerei GmbH, Triftern-Neukirchen 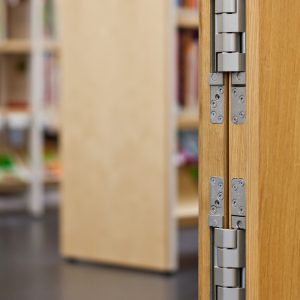 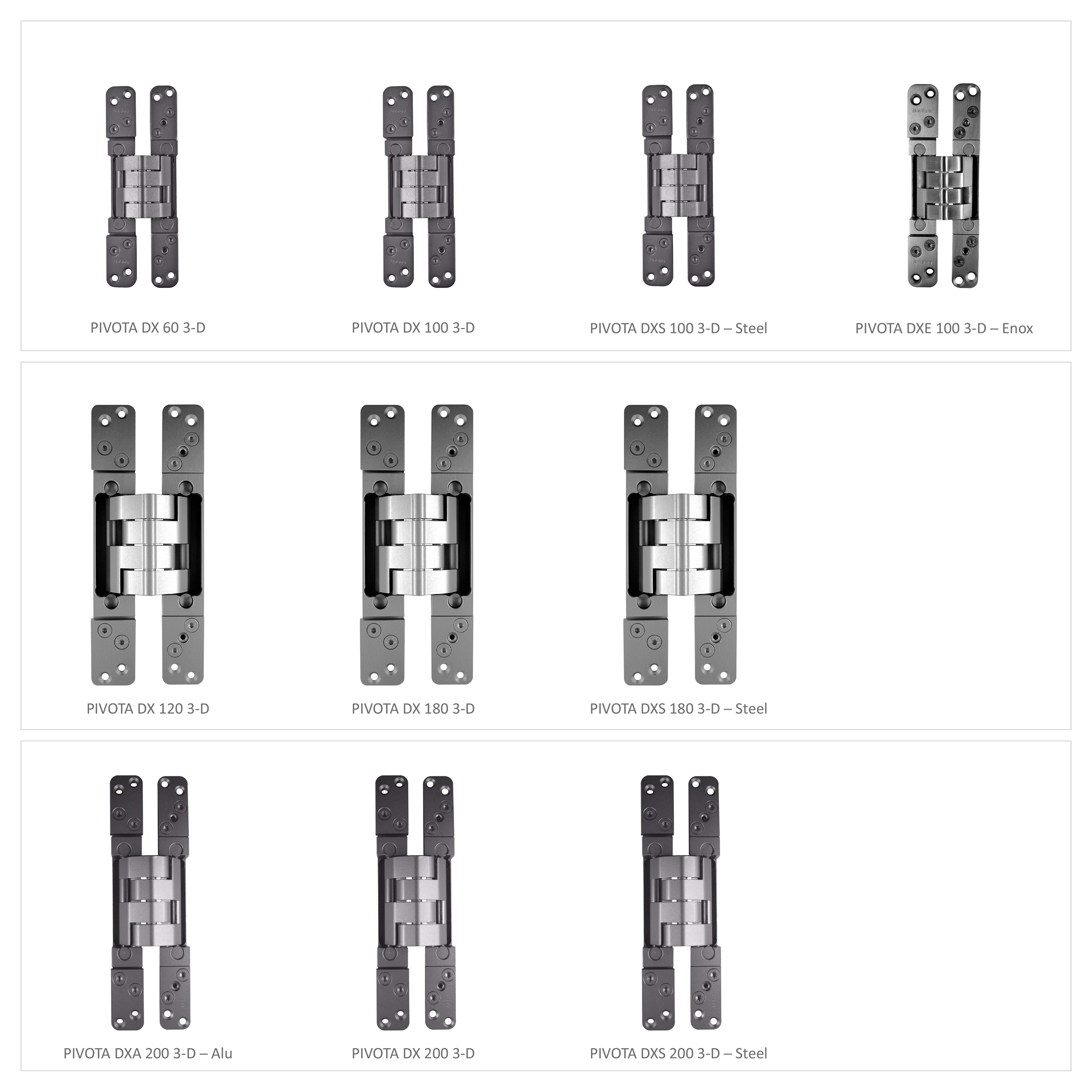 Picture 4: All concealed door hinges from the "Pivota DX" product line-up: the hinges from a model range each have the same dimensions and identical milling patterns. And yet they cover widely differing load-bearing capacities – thanks to material hybrid technology. Photos: Basys
« zurück zur Übersicht