Innovations non-stop. In this way, the intention with which the company BaSys has been operating on the market for 25 years can be summed up in two words. In a quarter of a century, a complete range of building hardware, hinge and striking plate systems for rebated and flush internal and external doors has been developed in Kalletal in Lippe. The owner-managed family business sees itself as a problem solver for door and frame manufacturers throughout Europe as well as for national and international customers from trade and craft.

But it all began with furniture fittings at the Oni Metallwarenfabrik in Herford, which belonged to the Hettich Group. It was here that Albert Bartels senior as an engineer and responsible for production rationalisation took on the task of finding a new location for the growing furniture hinge business at the end of the 1950s. Bartels found this in the Kalletal, managed the move and development of the company and was from then on responsible for the technical management.

From furniture fittings to building hardware

When Bartels met Bernhard Herbers at the hardware fair in Cologne at the end of the 1960s, this paved the way from furniture to building hardware. Herbers, co-founder and then managing director of the door manufacturer Herholz in Ahaus, confronted Albert Bartels senior with the idea of building fittings for automated door production. Soon the factory in Kalletal developed the first door hinges parallel to the furniture hinges. This brought other German industrial customers onto the scene. Albert Bartels senior managed sales himself.

In the mid-1990s, the Hettich Group’s shareholder structure changed and with it its strategic orientation. The decision in favour of furniture fittings has far-reaching consequences for the plant in Kalletal, which at that time already produces 65 percent of door fittings. Albert Bartels senior finally realises his plan and, together with his son Albert Bartels junior, who had already trained as a toolmaker and then studied mechanical engineering, bought the company with 65 employees out of the Hettich Group. Thus, the name BaSys has stood for Bartels Systembeschläge since November 1995.

Father and son first of all solve the investment backlog that had arisen due to the previous austerity measures and devote themselves to modernising the machinery and optimising processes. In addition, they want to counteract the small-scale nature of the market and develop the building hardware – in accordance with the company’s self-imposed philosophy – according to a sophisticated system. The inherently consistent hinge and striking plate systems offer variability in load-bearing capacities and functions in milling-compatible groups. This reduces parts, facilitates processing and automation. BaSys is always closely involved with its customers during development, adapts its products to industrial production lines and keeps its ear close to the processor.

In 2001 Jürgen Bartels, Albert’s younger brother, also joins the family business, taking over the sales and marketing activities. During this time, BaSys is feeling the effects of the slump in the German door industry and begins to win customers abroad and build up its export business. This is accompanied by the constant commitment to a uniform European quality standard for concealed hinges as well as for certifications in order to comply with the respective country-specific building regulations, especially with regard to fire protection.

On the way to becoming an innovation leader

However, BaSys is still doing something to counteract the slump in sales at the beginning of the new millennium: At the BAU 2001 trade fair, the company is the first German manufacturer to present a concealed and three-dimensionally adjustable hinge for flush doors at the Herholz stand, thus initiating a new interior design trend.

The innovation becomes a blueprint for the future corporate strategy. The BAU and Fensterbau Frontale trade fairs set the pace at which BaSys presents its innovations. Twice a week, four application engineers in the company put their heads together and develop new product ideas and their integration into production processes in an open thinking process. Once a week, the two Bartels brothers are also involved, scrutinising technical implementation and marketing.

Numerous awards already testify to the innovative strength of the medium-sized company. These include, for example, the German Design Award 2016 for the „Master hinge FX2 120 3-D CS“, a concealed hinge for rebated house and flat entrance doors with a large overlap and sash seal, the pivot point of which lies in the overlap for the first time. Just one year later, the concealed hinge „Pivota DX Close“, which gently and automatically pulls interior doors without visible door closers into the lock, receives the Innovation Prize Architecture + Construction and a „Best of best“ in the Iconic Award: Innovative Interior 2018. BaSys 2018 celebrates its preliminary highlight with the TOP 100 award as one of the most innovative companies in German medium-sized businesses.

The innovations are causing the order intake to rise steadily. BaSys is responding to this growth by expanding capacity at its Kalletal site. In 2012, the third hall will be built on the site in the Echternhagen industrial estate to make room for new investments. In 2017 BaSys builds hall 4 and relocates the automatic punching shop. This will be accompanied by further investments, for example in new surface technology. A high vertical range of manufacture and lean, fast production processes ensure flexibility, with which BaSys can meet individual customer requirements and deliver smaller batch sizes.

Stable in the crisis

25 years after its foundation, BaSys considers itself well positioned. In 2019, around 100 employees worked in two shifts on 5,000 square metres of floor space to create value. For 2020, Albert and Jürgen Bartels expect to reach the previous year’s level. During the Corona crisis, BaSys has so far not had to resort to the instrument of short-time working and has been able to offer its employees secure jobs.

According to Jürgen Bartels, German-speaking customers in the D/A/CH region and in South Tyrol have so far come through the crisis relatively stable. The foreign-language foreign market, in which BaSys operates primarily through project business, is showing signs of growth. With an export share of 30 percent, the company now delivers to 36 countries worldwide, mainly within Europe, but also to North America and the Near and Middle East.

Down-to-earth and family-like into the future

Albert Bartels senior retired from the management in 2012. Since then the brothers Albert and Jürgen Bartels have been managing the company together in the second generation with a clear division of responsibilities. As a technician, Albert is responsible for production and associated processes, Jürgen is in charge of marketing and sales. Both attribute the low staff turnover to their down-to-earth Lippe mentality, which also ensures that BaSys, as one of the largest employers in the region, does not have to worry about the next generation of skilled workers. And the next generation in the owner family is already preparing to take over the company.

So in November 2020, all signs point to the future. Instead of big celebrations, which is due to the pandemic events, BaSys looks at the now digital BAU and dedicates its innovative strength entirely to the product novelties for 2021. In September, BaSys has already proven that it is possible to present these at its own „Digital Expo“ in an informative, entertaining and amusing way. After all, the jubilarian is taking the openness and curiosity for new and unknown things for himself – just as one might expect from an innovative company. 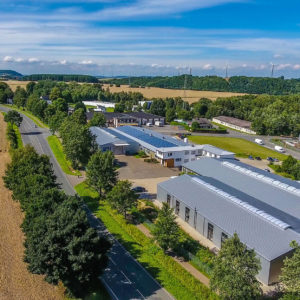 Caption 1: The building hardware manufacturer BaSys celebrates its 25th anniversary this year. The company with around 100 employees is based in Kalletal / Germany. Photo: BaSys 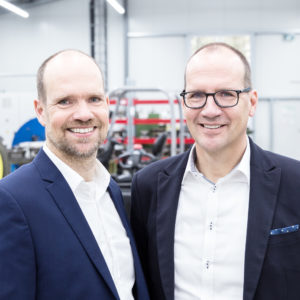 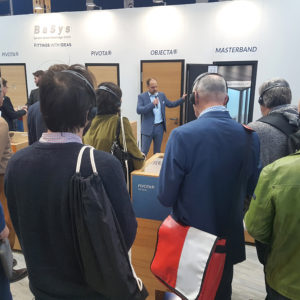 Caption 3: The BAU and Fensterbau Frontale trade fairs set the pace at which BaSys presents its innovations. Photo: BaSys 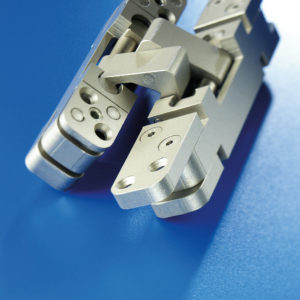 Caption 4: In 2001, BaSys was the first German manufacturer to present a concealed and three-dimensionally adjustable hinge for flush doors, thus initiating a new interior design trend. In the picture: The hinge from 2001. Photo: BaSys 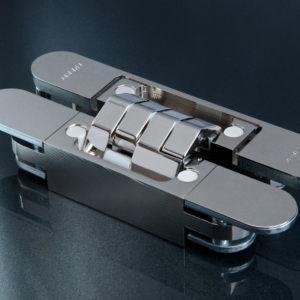