BaSys – Bartels Systembeschläge from Kalletal has won the Architecture + Construction innovation prize at BAU in Munich for a concealed hinge that closes doors gently and automatically. Proceeding from architectural criteria, the award honours products and concept solutions that impress in terms of both design and functionality.

The innovation from BaSys clears up all of the problems that used to be associated with developing this type of hinge. The additional components not only adapt to the concealed system. The hinge also remains fully functional: it can be adjusted in three dimensions and lets the door open to an angle of 180 degrees. In this state, the door remains open; the self-closing mechanism is only activated from an opening angle of approximately 110 degrees. Developing the new solution, BaSys initially placed the focus on doors weighing up to 80 kg.

The „Pivota DX Close“, as the innovation is called, is additionally fitted with a steel joint and interconnected lock barrel that disappears into the door mortise in the same way as the hinge. This leaves the system to work entirely hidden from view when the door automatically closes. The lock barrel, which has an adjustable closing speed, pulls on the joint in a controlled action. For greater safety and an added feel of luxury, the mechanism – which manages without a separate door closer – slows the door down before it gently locks.

It was for the 13th time that architecture magazines „AIT“ and „xia Intelligente Architektur“ had invited entries for the Architecture + Construction prize at BAU 2017 in cooperation with Messe München. Coming from across the industry, the response was huge: no fewer than 59 companies entered 82 products. Exhibiting on a stand of its own at BAU since 2003, this was the first time BaSys had faced the critical judgment of the expert panel made up of 16 representatives from well-known architecture firms.

Michael Nusser from Frick Krüger Nusser Plan2, Munich, explained the reasons for the jury’s decision to give the innovation prize to BaSys: „Developing the ‚PIVOTA DX Close‘ product, BaSys – Bartels Systembeschläge GmbH has created an innovative product that provides a door opening angle of almost 180° with a concealed hinge. An invisible spring hinge gently pulls the door leaf into the frame. A special soft closing mechanism prevents loud closing noises. This product could be used to avoid installing unsightly surface-mounted door closers. The permissible door weight is still limited to 80 kilograms. In our view, a cost of approximately € 150 each is within the normal price range.“

Awarded to manufacturers of innovative products, materials or systems for industrial and commercial building construction, housing construction and interior fixtures and fittings, the prize sets out to underscore the importance of architectural quality in the construction industry. The architecture and design competition was initiated with the aim of singling out those products and solutions from the many available on the market which meet the requirements and expectations of architects particularly well. Key assessment criteria are functional and design quality, authenticity of material and application diversity.

The next aim at BaSys is to provide evidence that the „Pivota DX Close“ also satisfies the demands on fire safety so that the hinge can be used in hotel room doors as well. 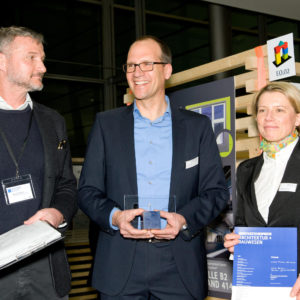 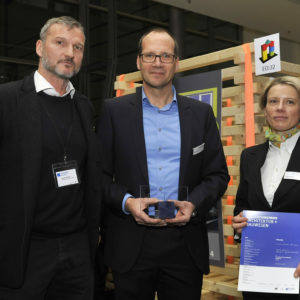 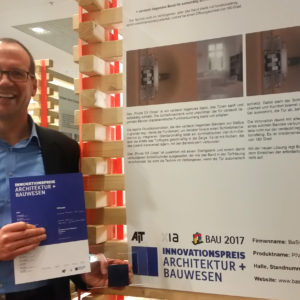 Caption 2: Shortly after the award ceremony on 16 January 2017 at BAU in Munich, Albert Bartels, Managing Director of BaSys – Bartels Systembeschläge, presents the trophy and certificate for the Architecture + Construction innovation prize which the company received for the concealed hinge with self-closing mechanism. Photo: BaSys 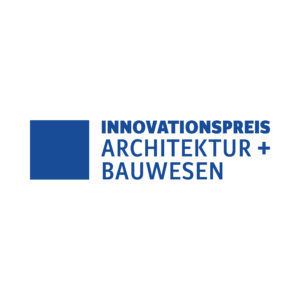